The 20th Asian Horological Trade and Industry Promotion Conference (AHTIPC 2014) held on the 12th to 14th November 2014,  in which Malaysia Watch Trade Association had the honour to organize ended with a big bang in conjunction with MWTA’s Diamond Jubilee.

MWTA would like to thank AHTIPC’s organizing committee and all volunteers who have made this event a great success. We hope the delegates from China, Hong Kong, Japan, Taiwan, Singapore, Indonesia and of course, our local delegates from Malaysia all had a fun and fulfilling three days. We look forward to the next AHTIPC scheduled to happen in Singapore. 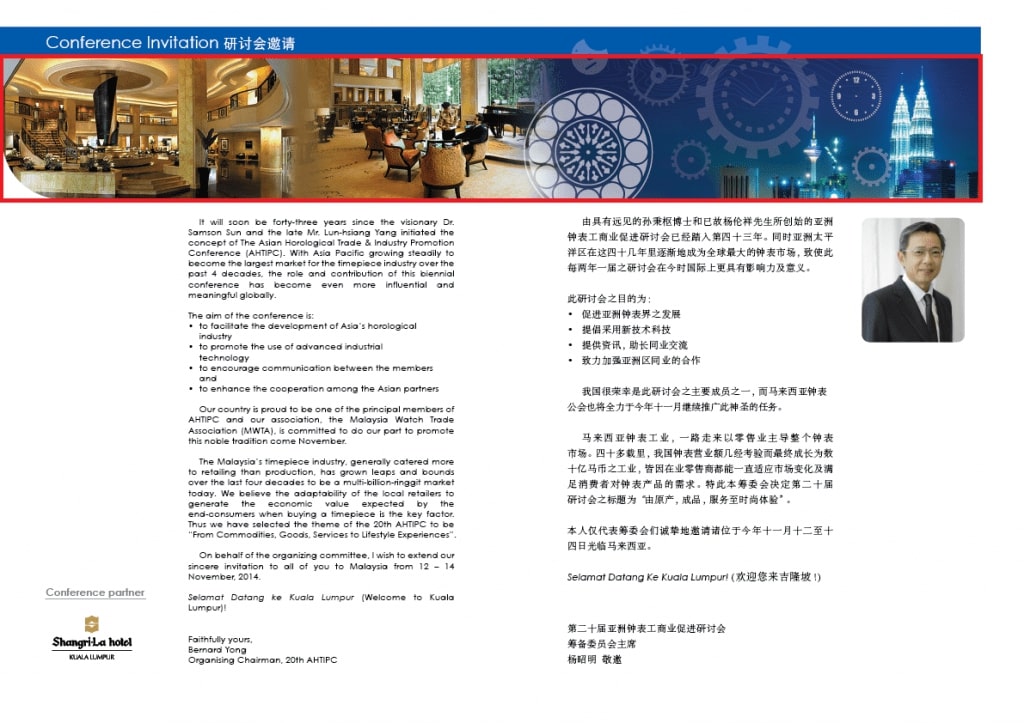 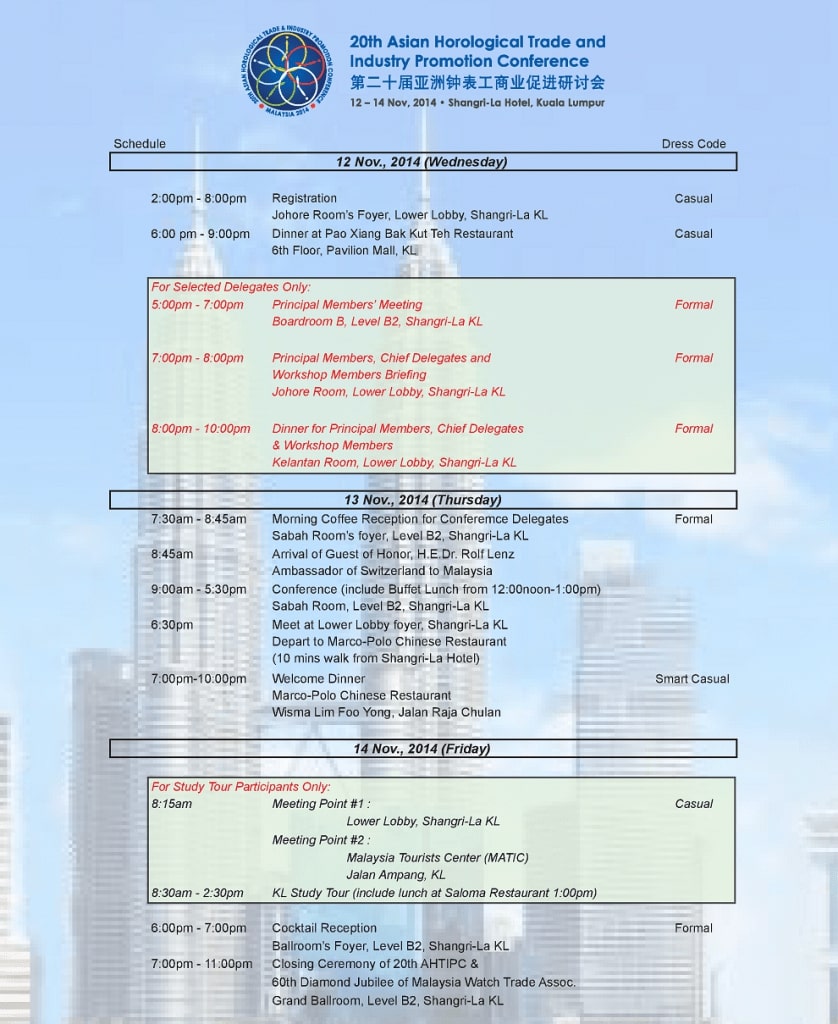